How to sell out without losing your mind 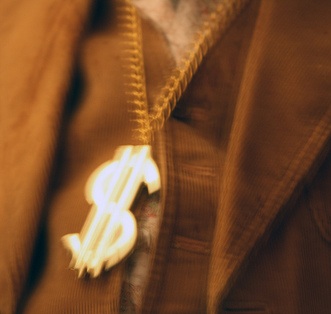 It is always a pleasure and a privilege to attend the National Young Writers’ Festival, which is held in Newcastle on the last weekend of September every year. And this year I had the unique pleasure of speaking on a panel titled “How to Sell Out Without Losing Your Mind”, which also featured Rosie Stevens, Michaela McGuire and Lachlan Williams.

The concept of the panel was that we had all taken unexpected writing jobs or unexpected “other” jobs to support our writing.

We more or less agreed that being realistic is part of adulthood. And I don’t want to crush anyone’s dreams! But it’s okay if you don’t get your dream writing job, particularly not as a graduate or young writer. There will still be lots of other excellent writing opportunities, if you want to write and you’re prepared to put the effort in. Something I said on the panel is that if you only want to work for one publication, and nowhere else, maybe you need to consider the possibility that that might not happen, and whether you would still want to be a writer. And something I didn’t say is that if you only have one dream writing job, maybe you need to read more.

We also agreed on the importance of discipline. Creativity doesn’t just happen, by magic, despite what it looks like in movies. If you are serious about any kind of creative practice, not only writing, you will have to set aside time in your week to work on it. And sometimes you might prefer to spend that time sleeping or watching television or at the pub. But if Ira Glass says everyone he knows who does interesting, creative work took years to get good at it, well, we’re all going to have to put in those years of effort. For example, Michaela McGuire told the audience that on weekdays she gets up at 3 or 4 am and writes, then goes to her 9-5 money job, then comes home and goes to sleep at 6pm.

But then, neither have I been published in The Monthly.

I go the library in the evening and on Saturday sometimes though?

The other thing I wanted to be clear about is the distinction between being disciplined and putting too much pressure on yourself. Sometimes it’s hard for high achievers to see the difference. If you want to start getting up early and writing, that’s great! Good on you! But if you sleep in one day, that’s okay. It’s not the end of the world. Or if you can’t get up at 4am and write at the moment because you are working three jobs to pay your rent and trying to finish your masters degree, that’s not the end of the world either. Deep breaths everyone.