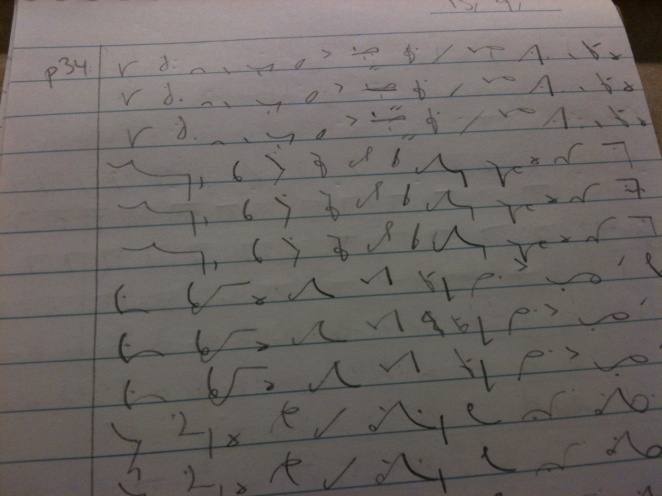 Q: Hi Elizabeth, what are you doing with your Thursday nights this semester?

A: I’m doing a shorthand course at Swinburne in the city!

A: It’s a script that allows me to write really fast.

Q: When would you ever need to do that? Couldn’t you just type?

A: I can type pretty fast, but if I get good enough at shorthand I’ll be able to write it about twice as fast as I can type.

Plus, it’s really good for taking notes during interviews or at conferences when I don’t have a computer.

Did you know that we speak and listen at 140-180 words a minute? We write longhand at 25 words a minute, 30 if we’re fast, and a little more if we abbreviate things. I haven’t measured my typing speed for several years but it was 60 words a minute back then.

Q: Can’t you just use a dictaphone?

A: Yes, but sometimes they don’t work.

Q: Can’t you just use four dictaphones? [yes, someone actually asked me this]

A: And carry them around with me everywhere, and spend time setting them all up, and have to put them somewhere when doing interviews in unusual/inconvenient situations? Are you serious?

(Plus, I am writing this at the library, and the guy at the desk next to me just saw what I was doing, and mentioned that he used to be a journalist, and that he thinks that note-taking is a better way of writing a story because it forces you to listen more attentively, and helps you figure out which quotes you’ll use as you write them down.)

Q: … so how does shorthand work? Do you just abbreviate words a lot?

A: It’s phonetic. There are simplified strokes for consonants and common sounds. 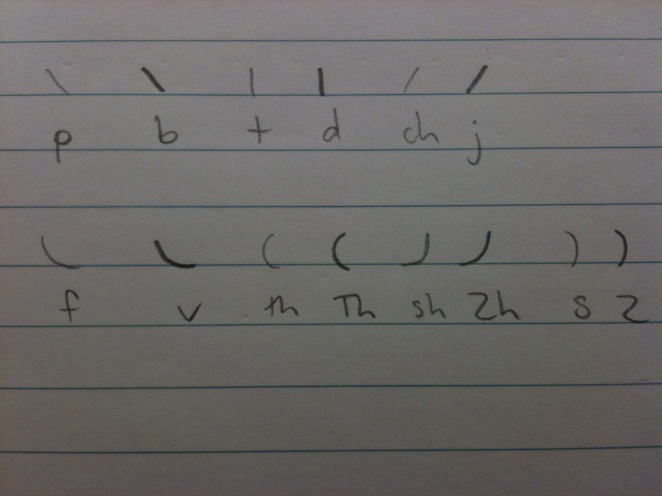 Some of the strokes are dark, and some are light.

Dots and dashes represent vowels. They come before or after a consonant stroke, depending on where they are in the word. 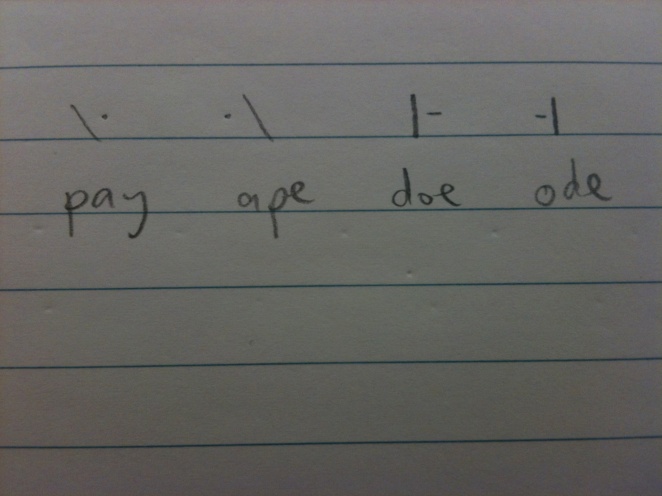 One of the trickiest rules so far is that the same outline means different things if placed on the line, above the line or through line. I can’t speak any Chinese but I imagine this is how students feel when they learn about tones? 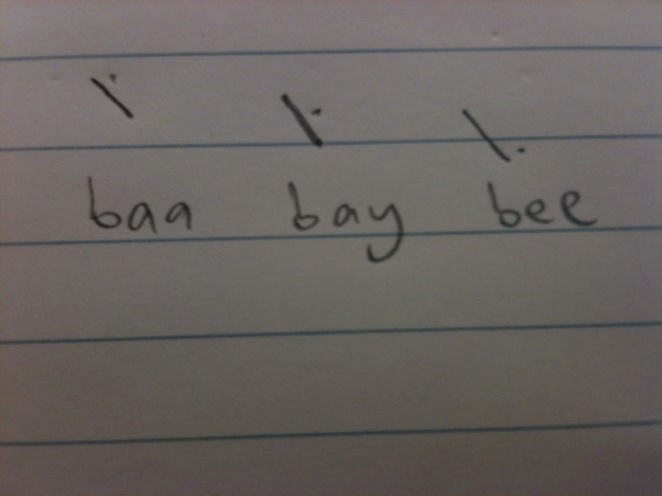 There are also “shortforms”, or symbols for the most common words. These often make up most of a dictation, so it’s worth being able to write them super fast. 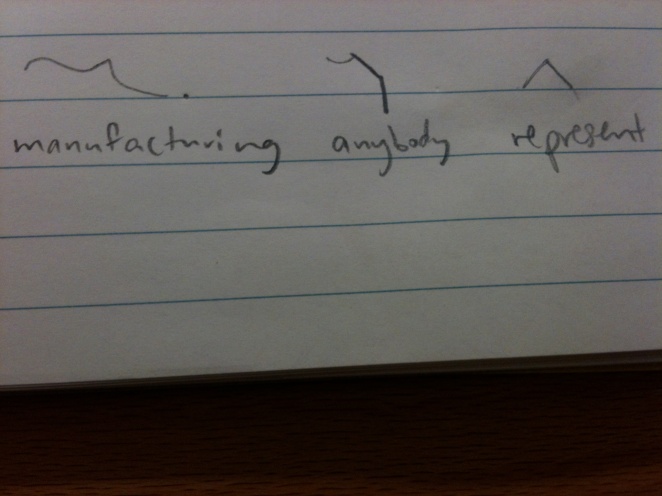 Q: Does it look that neat when you write quickly? 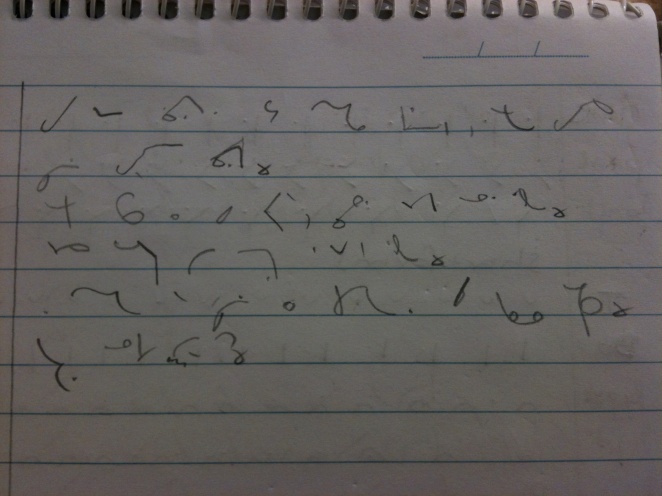 Q: If shorthand is so good, are you using it to take all your notes in interviews now?

A: Not yet! I’ve only been learning for five weeks. It’s like learning a language (or an instrument) – there are still heaps of things I don’t know how to write, and when I do know how to write something, I might have to stop and think how to write it, by which point the speaker has said another five words.

It’s already making a difference to use the little bits I can manage, though, and I’m practising a lot.

Q: Why do you keep tweeting about shorthand poetry?

A: We learnt one vowel at a time and then practised. So at first, everything we wrote went something like, “The ageing ape is chasing it. The whales to be weighed today are in the bay,” or, “The boat is loaded with coal and oats.” You know when you do a creative writing exercise where you start writing with all the vowels, and then take one out, and then another, until you only have the letter ‘e’ left? It was like the opposite of that.

Q: How fast can you read back your own notes?

A: About as fast as a kindergarten student. Practice makes perfect, right?